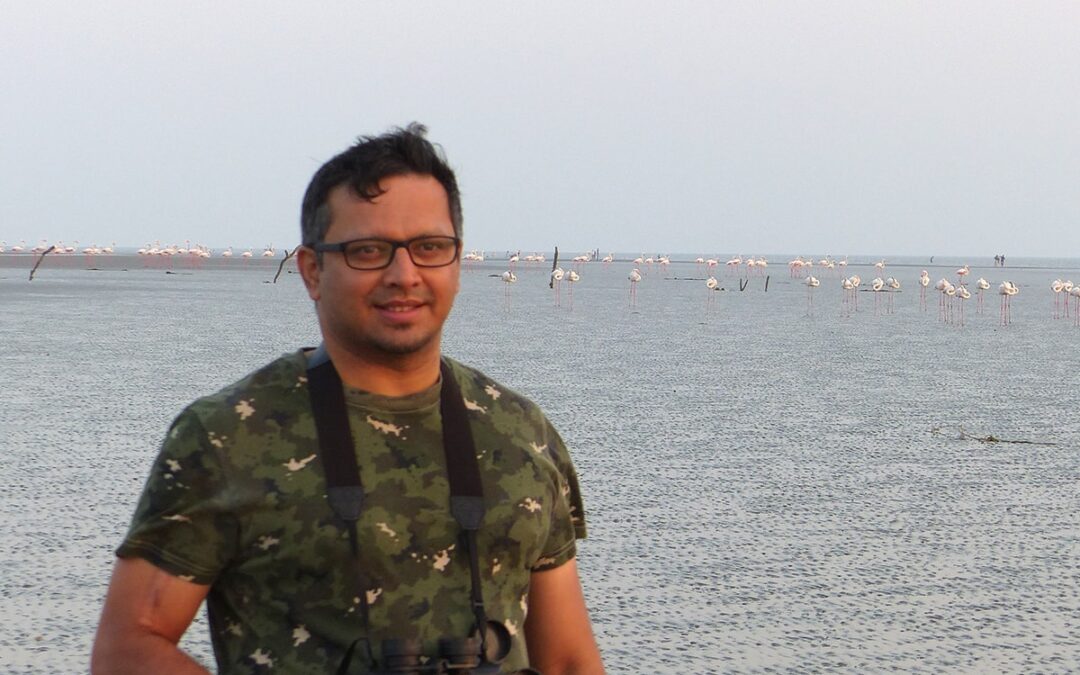 Bijoy Venugopal is a communications professional and travel writer based in Bangalore. He began birding in 1989 with the Birdwatchers’ Field Club of Bangalore. An avid trekker, he enjoys rough travel and camping outdoors. His inexhaustible love for the outdoors has led him to watch birds in 17 countries, although his favourite haunts remain the Himalayan broadleaf forests and the sholas of the Western Ghats.

In 2021, he volunteered with Wildlife Trust of India in the search for the elusive White-winged Duck in Arunachal Pradesh, locating favourable habitats for the bird in Mehao Lake in Mishmi Hills. At home in East Bangalore, he can be spotted on weekends birding and leading walks at Saul Kere, his neighbourhood patch where he has documented more than 160 species of birds. Following a brief illness in 2019, he resolved to watch birds every day and has recorded an unbroken streak of 1000 days of making checklists. Since 2006, he has been the founder-editor of The Green Ogre (https://www.greenogreindia.org), a collaborative blogging project to unravel nature’s layers for the layperson.