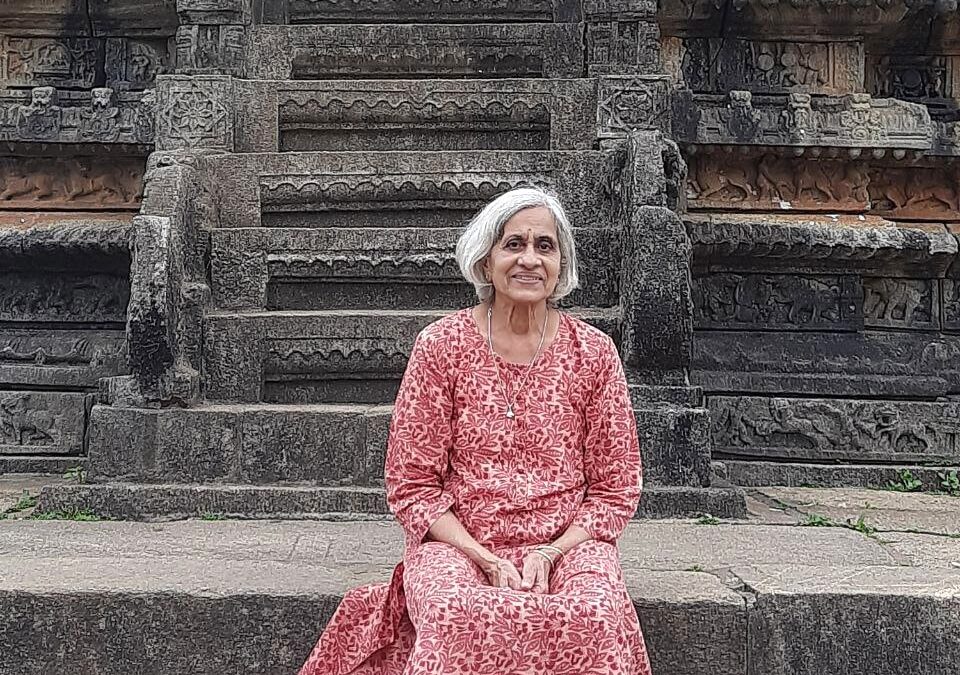 Usha Ramaiah has a keen interest in rock and mountain climbing. Being an ardent Girl Guide, she represented the Bharat Scouts and Guides at various levels. Having received formal training in advanced mountaineering, she was selected as a member of the First Indian Women’s Expedition to the Mrigathuni peak in Garhwal Himalayas. She founded the Karnataka Mountaineering Associated (https://kmaindia.org) in 1966.

She has a rich experience of having trekked several peaks of the Himalayas and other areas. Being a trainer with the Bharat Scouts and Guides helped her to be in the outdoors, observing birds and other wildlife, a trait that she picked up from her mother. After retirement, she was invited to join the Sanctuary Asia Magazine, and has been coordinating the Kids For Tigers (KFT) program in Bangalore. She works with teachers and schools in organising / coordinating national and regional camps, nature trails, tiger fests, rallies, and awareness activities for children and workshops for teachers.

She has been a passionate birdwatcher from a young age, thanks to the large garden in their Basavanagudi home, which used to attract many birds. She took up birding seriously after she joined the Birdwatchers’ Field Club in the 90s and has never looked back. Being an avid gardener, Usha takes her love of birdwatching and observing nature to the people around her, especially children.