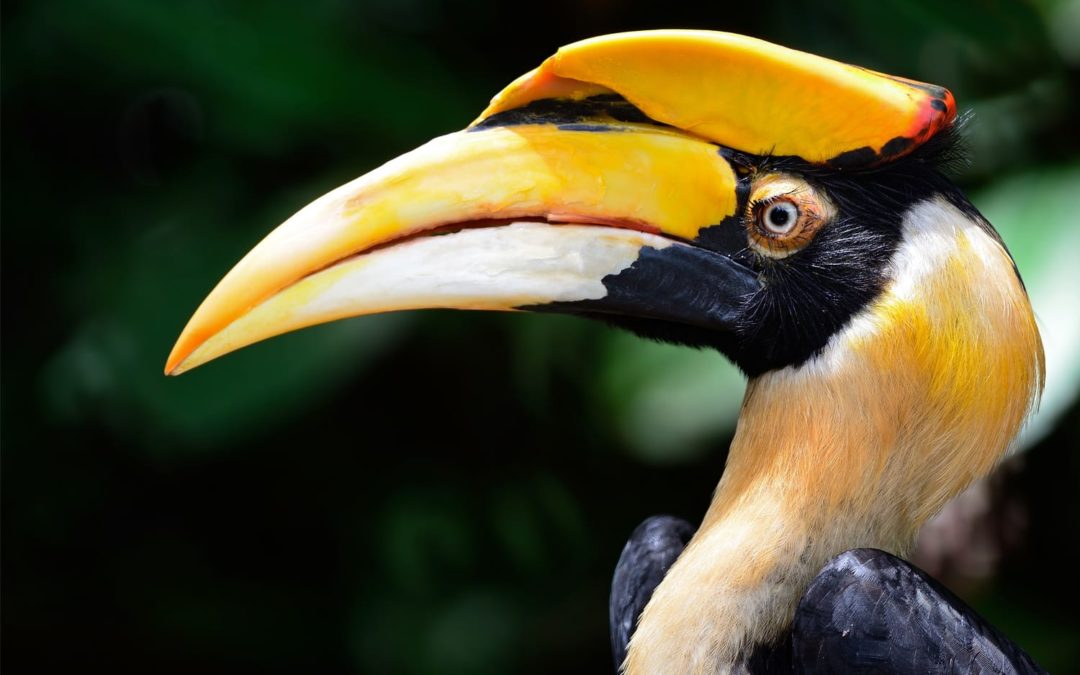 The Hornbill Nest Adoption Program (HNAP) is a community-based conservation initiative, through which tribal villagers protect nest trees of hornbills in forests around villages on the fringe of the Pakke Tiger Reserve, Arunchal Pradesh, India. This area is a haven for hornbills, harbouring four of the nine species found in India – Great Hornbill, Wreathed Hornbill, Rufous-Necked Hornbill and Oriental Pied Hornbill. However, these populations are threatened by anthropogenic activities, such as hunting (for meat, casque and feathers) and illegal logging. In response to these severe threats to hornbills occurring outside the Protected Area, HNAP was started in 2012, in partnership with the Arunachal Pradesh Forest Department and the Ghora-Aabhe Society (a local NGO). We currently have 11 local Nest Protectors monitoring and protecting 37 hornbill nests. From 2012 – 2018, 119 hornbill chicks have successfully fledged from our nests. Nesting success has been relatively high in most years and is similar to that inside the Pakke TR. However, recent loss of habitat is a serious concern. Funds raised from urban donors and zoos who ‘adopt’ hornbill nests go towards paying the salaries of these local villagers, their field equipment and a certain percentage is also set aside each year for community welfare and development. The Village Welfare Fund that we set aside from the funds we raise each year, is geared towards generating support for wildlife conservation from the local community to provide for some basic village-level needs. For example, one year, we set up an electric fence around a residential school for very young children in a village where there was danger from elephants coming into their campus. In another year, we provided new blackboards to several schools in the area. Another indirect benefit to local people has been an income from tourism generated when HNAP donors visit our field site. Morever, HNAP has brought this area into the limelight after the annual Pakke Paga Hornbill Festival was started in 2015. This unique festival is centered around wildlife and celebrates the role of the local Nyishi community in conservation efforts here. I will discuss aspects of hornbill nesting and success and the challenges that we face in protecting the habitat.